SORT is a cross-platform project that runs on multiple platforms, including Windows, Mac OS(Both Intel and Apple Silicon), and Ubuntu.

It is fully open-source and built on C++ 17. Following are the mandatory software to compile SORT:

There are only a few compiling options for us to pay attention in SORT CMake generation.

It is necessary to install Visual Studio 2015 or above to compile SORT on Windows. And please also make sure that ‘msbuild.exe’ is in the system ‘Path’ folder so that the script can run it directly.

Xcode is needed to comiple SORT on MacOS.

Unlike the other two platforms, for which SORT has packed all necessary libararies in the dependency, some of the depedent libraries is OS dependent. SORT doesn’t pack those OS dependent libraries with it, it is programmer’s responsibility to setup the correct environment before building it, meaning compiling SORT on Ubuntu requires some basic setup first.

There is no need to setup G++ on Ubuntu Bionic and Focal since the default version comes with the system is already G++7, which is sufficient for compiling SORT.

Unfortunately, due to limited resources, I don’t have time trying and maintaining SORT on every single version of Ubuntu. If you happen to build SORT on other version, you need to rebuild TSL library by yourself.

Of course, it is also possible to manually generate the project and load it by yourself in any proper way you see fit.

There are two ways to activate it in Blender.

After compiling SORT with source code, there should be a binary folder with the name ‘bin’ in SORT root folder. Usually, the binary is named ‘sort_r’ for release version build and ‘sort_d’ for debugging version build. It is also fine to generate or copy the binary to any other desired folder with other binary file names. 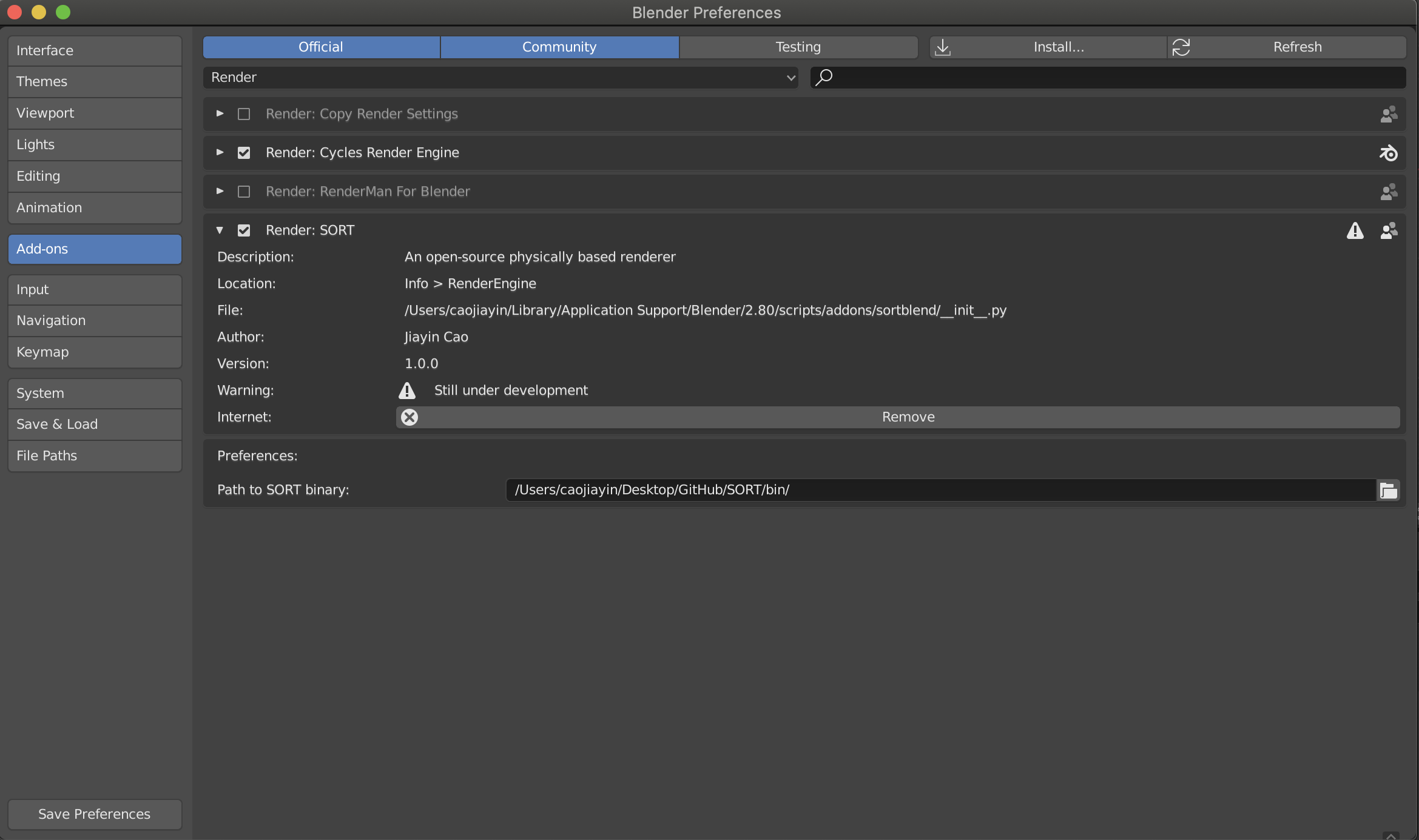 Tick the checkbox before SORT and the path of SORT binary will be automatically set if the environment variable is setup correctly.

Picking SORT as the Renderer

After SORT is activated in Blender, the next step is to pick SORT as the renderer in Blender so that Blender will send jobs to SORT for rendering. 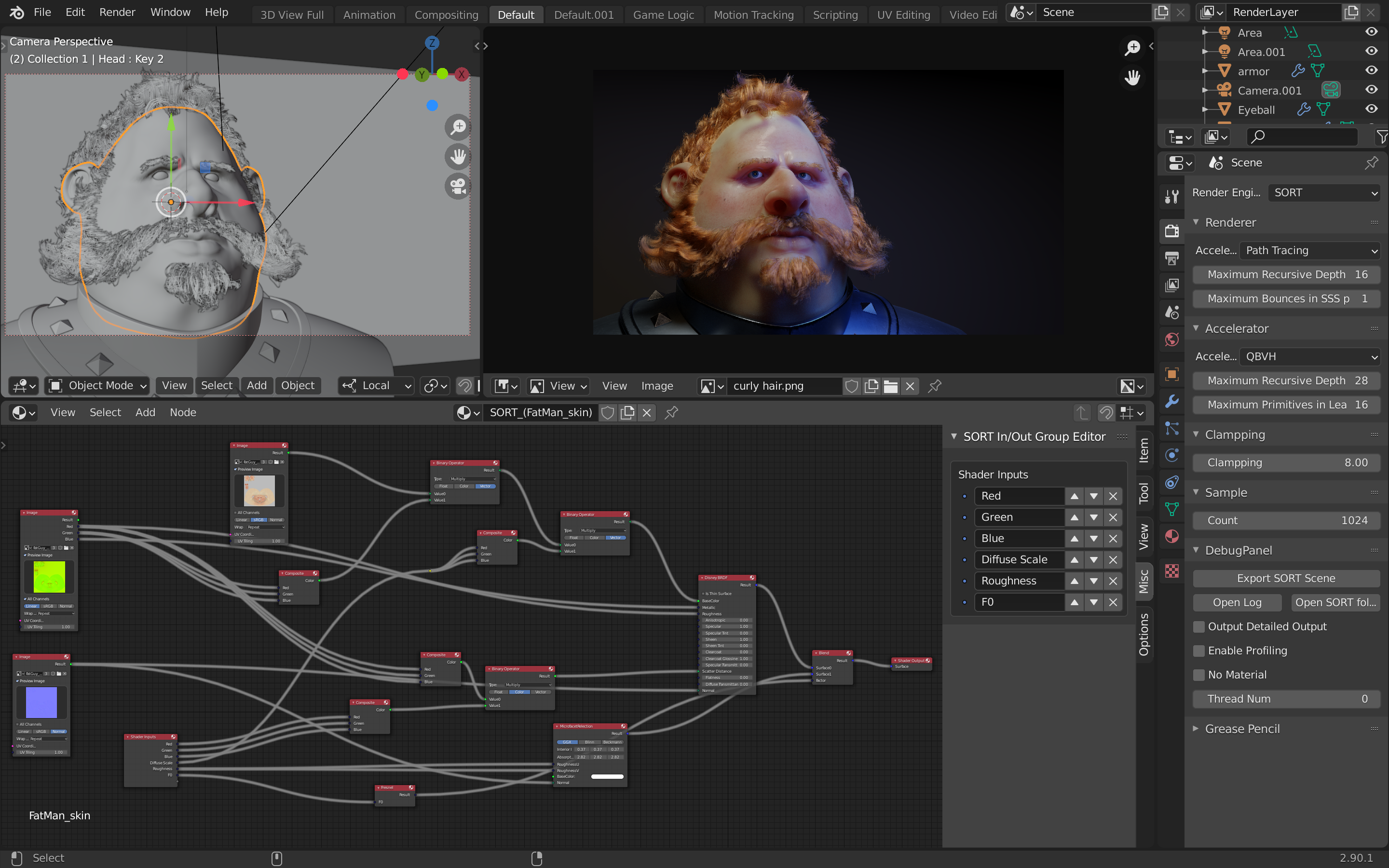 Simply by choosing SORT in engine will pick it as the main renderer. The rendering process is no difference from other engines.